The Murder of Cardinal Posadas Ocampo: Accident or Conspiracy? 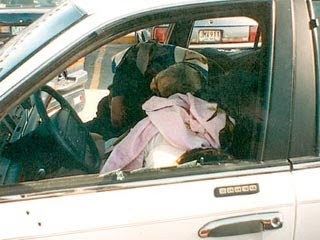 Cardinal Posadas lies slumped in his car with his driver after the gunbattle at Guadalajara's International Airport on May 24, 1993.


On the morning of May 24th, 1993, Cardinal Juan Jesus Posadas Ocampo, the archbishop of Guadalajara and Number 2 man in Religious importance in Mexico, held mass at the diocese. He noticed three men standing in the back, who stared at him all throughout the ceremony. These are not average law abiding, church going citizens he thought. He thought right. A few hours later he would be dead, and his death would mark the beginning in one of the darkest crimes in modern Mexican history.


After the mass he ate and got dressed. Later that afternoon his driver, Pedro Perez would take him to Guadalajara's Miguel Hidalgo airport to pick up the Vatican nuncio in Mexico, Girolamo Prigione. Cardinal Posadas had interesting information to give him. Incriminating information that many in power in the government and in the countries drug mafias, did not want made public.

Parallel to these events, Jalisco Highway Policeman Jose Zamudio responded to a automobile crash on the Chapala Highway, leading from the city to the airport. Upon leaving the scene of the accident, which turned out to be nothing worse than a fender bender, he noticed a red Mercury Grand Marquis with two men inside, parked under an overpass. He circled around them, but they didnt prove too suspicious. He then decided to grab a bite to eat at one of his favorite fast food eateries, The Red Baron, located inside the domestic terminal at Miguel Hidalgo.

As he got to the airport he noticed a lot of police action. He saw four armored trucks. What looked to be several Judicial Policemen in dark uniforms, wielding assault rifles patrolling the airport. Inside, when he sat down to eat, he noticed other men, sporting buzz cuts, dressed in plaid shirts, western jeans and cowboy boots, carrying fancy looking portfolios. The portfolios didn't match the men's aspect, and these mystery men walked about, agitated and talking on two way radios. Perhaps they were undercover Judicial policemen. He thought nothing more of it and proceeded to finish his meal.

At the same time, Joaquin Guzman Loera, "El Chapo", boss of the Sinaloa Cartel, got into his custom, armored green Buick sedan, driven by his driver and 2 bodyguards. He went to the Holiday Inn where he had some business to attend, then his armored car got onto the Chapala Highway, airport bound. Guzman Loera would catch a flight to Puerto Vallarta later that day. 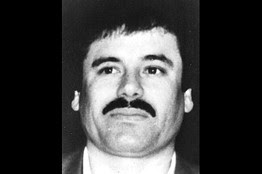 
Perhaps in the wost timings ever, or perhaps a deliberate event, as these events simultaneously unfolded, "El Chapo's" one time partners turned arch enemies and rivals in the drug trade., the Arellano Felix brothers from Tijuana, were about to catch a flight, Aeromexico 110, to Tijuana.

Ramon Arellano Felix, the cartel's hitman and Number 2, along with his crew of several San Diego gang members, had been scouring the city of Guadalajara for weeks now, searching for El Chapo. The plan was to assassinate him. Since their search had been fruitless, they were now on their way home, not realizing (or realizing, depending on who you talk to) that their enemy was closer than they thought.

At that time, four men descended a tan Dodge Spirit and shouted "That's Him!" and fired a volley of AK-47 fire into the air. The men ran up to the Grand Marquis, 2 men shooting AK-47s at the driver, one man firing into the back of the car, and yet another pulling up to the passenger side door, where Cardinal Posadas had been trying to get out. The gunman held the door and shot the cardinal in the ankle then proceeded to fire 14 shots of automatic gunfire into the prelates chest, stomach and legs.

As the shooting started, El Chapo, thinking he and his men were under attack, opened fire on the gunmen, who according to witnesses were dressed in police uniforms. Several shots hit the armored car, and 2 of El Chapo's gunmen were shot dead in the parking lot. In the crossfire, a woman and her nephew fell mortally wounded at the terminal door. One of the men firing on Cardinal Posadas, then noticed a blue Buick Century, driven by the mayor of Arandas, Jalisco's chauffeur Martin Alejandro Rivas Aceves and opened fire on the cars winshield, striking Rivas in the face and killing him instantly. His car then rolled to a stop and crashed into some parked cars. 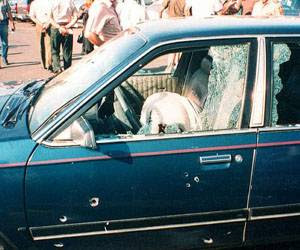 Martin Rivas Aceves lies dead in his car after the shootout. The gunmen killed all witnesses near Posadas' car.


All was pandemonium inside the airport and out. Travelers ran to and fro, trying to escape the rain of bullets that seemed to come from all directions. El Chapo Guzman by this time had sought refuge behind a Aeromexico ticket counter and fled through the baggage claims, where he and one of his men flagged down a taxi and spend off to a safe house in Zapopan. The driver of his armored car had fled the airport and had been engaged again at the airport parking lot's toll booth, which ended up shot up by the gunmen.

After approximately 10 minutes of shooting, seven people were dead. Cardinal Posadas had been hit 14 times, Pedro Perez his driver had been hit 10 times. Martin Rivas Aceves, the innocent driver; 2 of El Chapo's gunmen, Jose Rosario Beltran Medina and Ramon Flores; and Francisca Rodriguez and Manuel Vega, the 2 bystanders at the terminal door had bled to death.

Quickly after the shooting, the Airport was shut down by the Mexican Army and the Judicial Police already at the airport swarmed the crime scene, collecting bullet casings. The government later that night had said that the shooting had been the result of a "confrontation between rival drug traffickers which culminated in the accidental shooting of Cardinal Juan Jesus Posadas Ocampo".

The Government alleged the Cardinal had been caught in the cross fire, and his car, had been confused with one of El Chapo's many luxury cars. El Chapo was reported to own a new white Mercury Grand Marquis, same as Posadas. An hour after the shooting, amazingly an unidentified man, presumibly high up in the federal government, called Mexico's Attorney General from Guadalajara and informed him that El Chapo and the Arellano Felix brothers had shot it out at the airport.

He even described how El Chapo was dressed that day. While the investigation was barely beginning, how did they know who had been involved? Why were there known drug traffickers and policemen mixed among the crowds at the airport?Many questions quickly surfaced.

The reports of a accidental shooting were quickly questioned however by Guadalajara's coroner Mario Rivas Souza who examined Posadas body and said that he had a great amount of GSR (Gun Shot Residue) on his body and clothing. This meant the gunman shot Posadas from no more than 3 feet away. No way the assassin could of confused Posadas for El Chapo. El Chapo was dark haired, 5'6, and had a mustache. Posadas Ocampo was 6'1, heavyset, more than 60 years old with glasses and gray hair, dressed in his clerical garb with a pectoral cross. Indeed Cardinal Posadas had been the target.

Then came reports from eyewitnesses that the gunmen had popped open the Grand Marquis trunk after killing Posadas and his driver, and one of the shooters had fled with what looked to be a portfolio or manila folder under his arm, while the rest of the men shot it out. What were the contents of this seemingly valuable manila folder? Contents and information that perhaps had cost the Cardinal his life and started a shoddy cover-up.

There were also the reports of heavy security and police presence at the airport since early in the morning of May 24th. Who were the men in civilian clothing, looking visibly agitated and talking on walkie-talkies, seen by Officer Zamudio ? Why was there a heavy police presence at the airport since early that day yet they failed to prevent the shooting? The Mexican public cried foul and suspected a "conspiracy".

There were 3 theories of what had happened: One stated that unknown forces, perhaps in the police or government, conspired to have El Chapo and the Arellanos meet and face off at the airport so they could kill each other. Another theory was that Cardinal Posadas had been the intended target, the Arellanos and Chapo shooting it out, while a mystery 3rd person hit team approached Posadas and eliminated him, blaming his death on the shootout. The third was, that indeed Cardinal Posadas had suffered terrible luck and had been at the wrong place at the wrong time.

After the murders, The Arellano Felix's issued a statement to the government, via Vatican envoy Girolamo Prigione (the very man Posadas was to pick up that fateful day at the airport), that the Arellanos HAD been at the airport, but had already boarded their plane, when the shootout started.

Chapo Guzman was arrested in June 1993, a month later and he too told authorities, that he had already been inside the terminal when he heard shooting, prompting him to flee through the baggage carousels and outside, flagging down a taxicab and leaving the airport. None of the men blamed for the act claimed responsibility. Perhaps they were scapegoats and Posadas had been slain by a mystery hit team intending to silence him.

According to some men arrested in the later years after the airport gun-battle, the whole operation had been a hit. The Arellano Felix had placed 2 Chevrolet Pick Ups full of guns, grenades and ammo, in front of the terminals before the supposed hit. The two Guzman associates killed that day, were actually prisoners of the gunmen, held in a car at the parking lot, used as bait for Chapo, or used to ID El Chapo's car. The 2 men were later disposed of and shot ,left lying the car park. The supposed Judicial Policemen at the airport were actually Arellano hit men dressed as cops waiting for the arrival of a white Grand Marquis.

When they Grand Marquis arrived they opened fire, thinking they had bumped off El Chapo. But El Chapo was in a different car, a few yards away. This action prompted El Chapos men to fire on the Cardinals aggressors, while El Chapo made his getaway. After the assassination-gone-awry, Ramon Arellano and his men ran to catch Aeromexico 110 which had been held 20 minutes for them. Upon arriving in Tijuana they were met by crooked policemen who ushered them out of the T.J. airport and provided them shelter. El Chapo too, feeling the heat, fled to Guatemala, where he was arrested a month later. 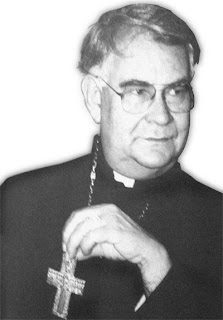 
Cardinal Posadas was a outspoken man. He had been arguing lately with President Carlos Salinas de Gortari. He had also received death threats prior to his murder and some men had broken into his home in Tlaquepaque a few weeks before the shootings. According to some in the prelates inner circle, Cardinal Posadas had important information about the ruling party and the president's involvement with organized crime figures and shady deals. He had planned to meet with Girolamo Prigione who would not give the info to anyone in the Salinas administration, but to Pope John Paul II himself.

That never happened. The mysterious folder and contents were gone and their contents remain a matter of speculation to this day. Several airport employees and witnesses went missing or died under mysterious circumstances in the years after.The Attorney General's plane's presence at the airport and "in-the-know" information about the shooting was never clarified. Was the murder of Juan Jesus Posadas Ocampo deliberate or an accident? Ordered by those high up in the government to shut him up or killed by accident by drug mafias?