2 College Dropouts And A Christmas Heist 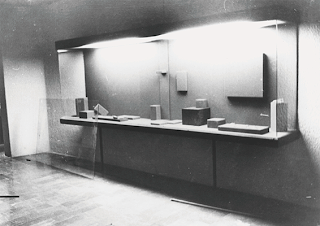 On Christmas Morning 1985, Mexico City newspapers rolled out a sensational story. 140 priceless artifacts from 7 display cases at the city's National Anthropology and History Museum had been stolen.

At 8 o clock on the morning on December 25th, the morning shift of security guards entered the National Anthropology Museum in sprawling Chapultepec Park and were shocked to see the Maya Room of the Museum virtually empty. Several display cases were empty. Nearly 140 Aztec, Mayan and Zapotec pieces had been stolen overnight.

The media and society immediately blamed an inside job. The night security guards, who were supposed to visit the rooms every hour on the hour were arrested and interrogated. Due to lack of evidence they were freed. Focus turned on international thieves. The problem was that the artifacts were so famous and well known that it would be virtually impossible to sell them off. Several pieces were from the Palenque and Chichen Itza archaeological sites in southern Mexico. One was the famed "Murcielago" Zapotec God mask. One US expert said trying to sell the items was like trying to "hock the Mona Lisa".

Three years later investigators caught the real culprits of the daring multi million dollar heist at the Anthropology Museum: Two college dropouts with an obsession for archaeology. It wasn't a gang of professional international art thieves as previously thought and how they did it wasn't that difficult either. They were certainly no Danny Ocean.

On Christmas Eve 1985, they scaled a fence at the museum. Then they broke in through an air duct. Once in the Mayan rooms they pried open the cases and stole about 100 priceless artifacts (not 140 as previously thought). Then they drove off with the loot.

First they wanted the artifacts for themselves but then decided to sell them off. They met in Acapulco with a drug dealer and supposedly established a "1 billion dollar" deal. They would trade the items for Cocaine. Before this could happen, authorities closed in on them and some accomplices, arrested them and recovered most of the stolen loot. The Murcielago Mask had been cracked and had to be repaired but most the artifacts were indeed recovered.

Far from being sophisticated, 2 amateurs with a fetish for history committed one of the most expensive museum heists in the world one Christmas Eve in 1985 and stole irreplaceable and priceless objects important to Mexican culture and heritage.
Posted by E. C. Perez at 12:46 PM